Here we are at the end of January. Twenty-eight days of the new year complete. How are 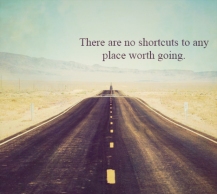 those New Year’s resolutions (#newyearsresolution) holding up for you? By now, many have given up. As I’ve shared with you, I’m a little behind on things and had to give myself permission to take the month to catch up. So far, so good.

The goals from last year have been reviewed, renewed or rewritten. There were several from that last year that did not get accomplished. While considering the reason, I realized that those were the goals that required someone or something outside of me or my control to accomplish.

For example, if the goal was to get a book traditionally published, well, that requires a publisher to accept it etc. But if the goal is to get my book completed, edited and sent to a publisher, then I am the only one who controls the success of that goal.

Another consideration was that some of the goals were really more like behaviors. A goal (#goals) might be to lose 10 pounds. A behavior change is to do something like eat healthy meals. Perhaps a behavior change will support accomplishing a goal. It’s too easy to write down a bunch of goals that will later overwhelm you. This year write three or four real goals to accomplish, but then commit to one or two behaviors you would like to change.